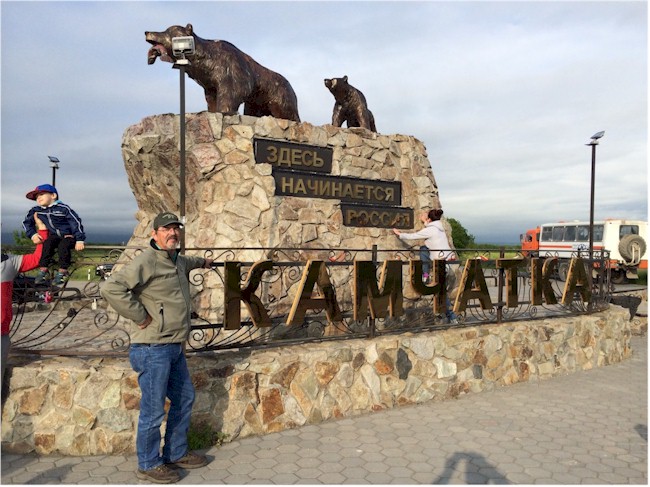 “I might lose my arm, or it might kill me if the infection gets to my heart.”

Global Rescue member Scott Sirles traveled to a remote region of Russia in search of one thing: The perfect fly fishing spot fully stocked with king salmon and rainbow trout.

“I was going to Kamchatka to go fly fishing in the Ozernaya River. It was a beautiful setting,” said Sirles. “Everything was wonderful — absolutely superb fishing, almost a fish every cast. There were no roads within 200 kilometers of us. The only way to get to it is to helicopter in. It’s truly wilderness.”

Accompanying Sirles and his group was a Russian Laika, a breed of hunting dog used to scare off any grizzly bears that could wander too close to the camp.

One morning as Sirles went to breakfast, he noticed the camp dog sitting in front of the building. “I reached over and scratched its ears and he was fine,” said Sirles. “He had a bunch of mosquitos on the top of his nose. I thought I’d do him a favor and brush those mosquitoes off. Well, as soon as I did that, the dog latched on to my wrist!”

The dog’s bite left an inch long and ¾ inch deep gash in Sirles’ wrist, damaging one tendon but luckily missing any arteries.

Two doctors in the fishing camp used an iodine-based solution to clean out the wound before wrapping Sirles’ hand in gauze. They later treated him with antibiotics when his wound became red and swollen after another day of fishing.

Two days after the incident, Sirles woke to find his entire forearm red and swollen. “I wasn’t really terrified. I’ve had incidents in the past where I ran a stick right through my hand when I was hunting years ago. My hand got infected and I walked into the hospital with the streaks going all the way up my arm. They put a few bags of antibiotics in an IV and sent me on my way. This time, I’m thinking to myself that I’m out here in the middle of nowhere and need to get some bags of antibiotics. I knew if I stayed here, it was going to get worse. I might lose my arm, or it might kill me if the infection gets to my heart. I didn’t have any other choice. I had to call Global Rescue and get evacuated out. So that’s what we proceeded to do.” Using a satellite phone, Sirles called Global Rescue.

Global Rescue’s Operations team spoke with Sirles about his condition, then quickly arranged for his evacuation to Petropvalovsk-Kamchatsky — the nearest city with a suitable hospital.  The Operations team obtained Sirles’ medical reports while he was examined at the hospital, and maintained constant contact with the hospital’s doctors to ensure that Sirles received proper care.

Sirles had developed a serious infection.  “If not for Global Rescue, I might have had a much worse infection or lost an arm,” he said.

After conferring with Global Rescue medical personnel, doctors at the hospital sedated Sirles and operated on his hand to fully clean out the infection.

Following a brief hospital stay, Sirles flew back to his home in Oklahoma, where he made a full recovery.  He is back to work and to traveling. “Everybody was super at Global Rescue. They were always contacting me when they said they would and did everything they could,” said Sirles. “The cost of the extraction would have been almost prohibitive without the coverage. I wouldn’t go anywhere remote again without Global Rescue.”

This entry was posted in Dan Blanton, Industry News. Bookmark the permalink.