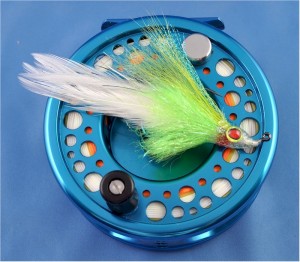 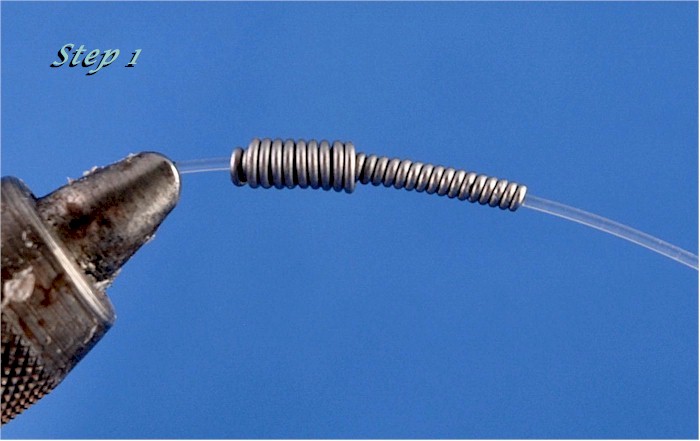 Step 1: Make the keel weight by winding .030 diameter lead wire around a length of 4- to 50-pound mono, length, just short of hook-length, double-wrapped half way back.  Double wrap goes to rear of hook shank, almost to bend. [Note: if using Channel Lead, keep it the length of the hook shank placing it so it extends past the hook bend a little, but not too far or it will break off after landing a few fish; tie it on first followed by the tail.] 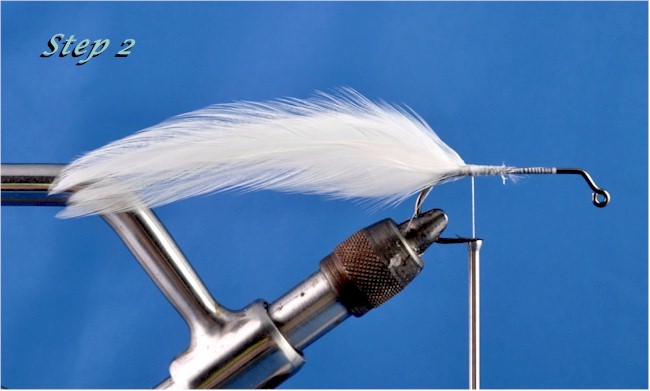 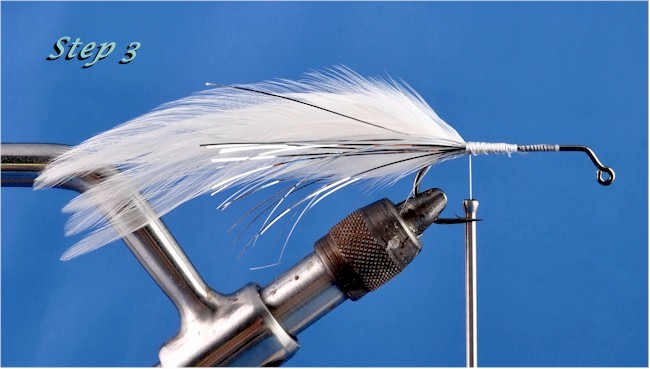 Step 3: Tie a few strands of silver Flashabou along each side of the tail hackles, about half the length of the tail. 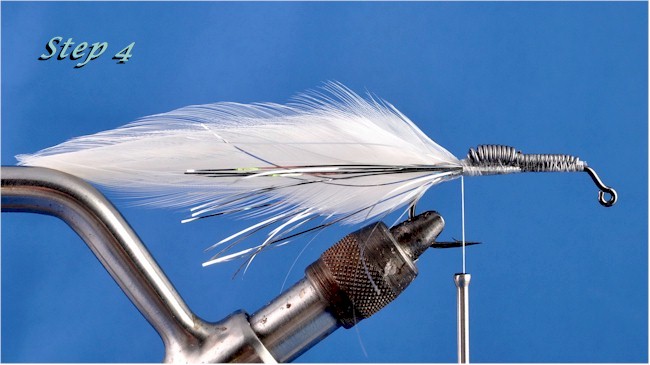 Step 4: Tie the wrapped-lead keel-weight on top of the hook shank, double wraps toward the tail, leaving just a slight gap at the hook bend so the body material can be tied on.  Wrap the lead down tightly with several wraps of thread, cement. 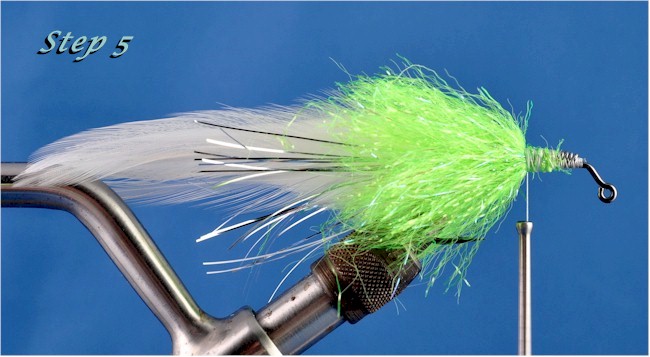 Step 5: Several different types of synthetic hackle can be used to wrap the body.  In this case it’s chartreuse “Baitfish Emulator Flash”.  I tapper the hackle first, tying it in by the tapered end, wrapping it edge-to-edge wet fly style forward forming a broad Deceiver-style body. 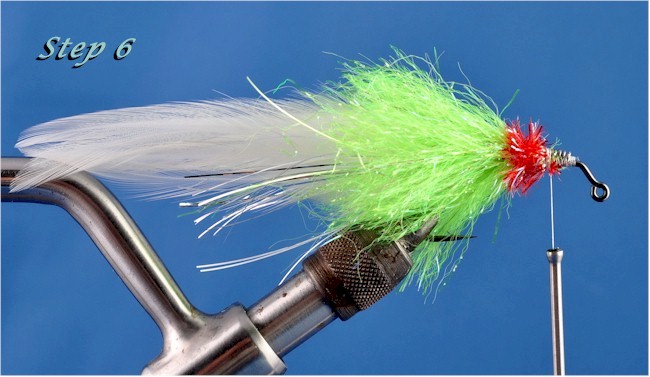 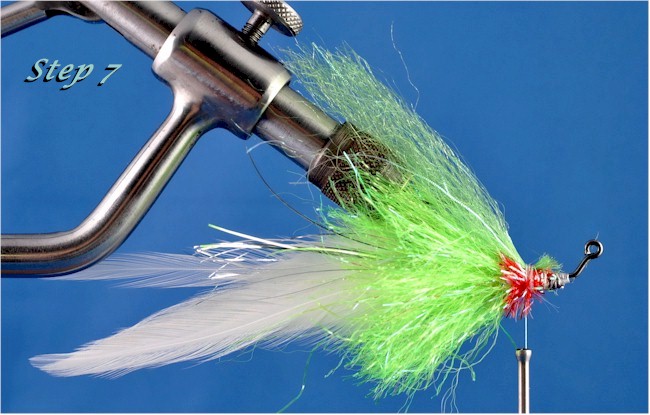 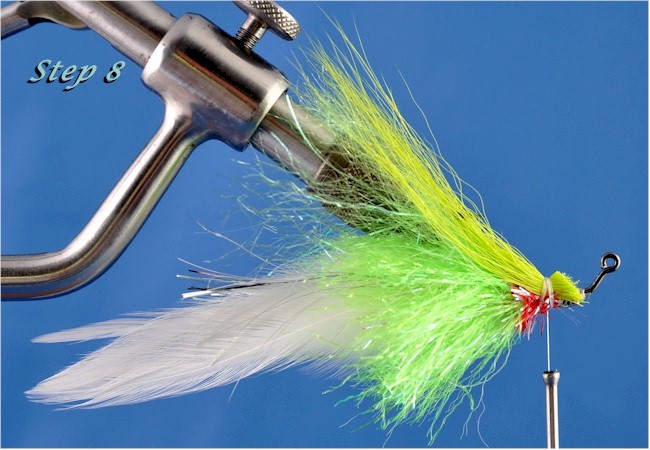 Step 8: On top of the syn hair, tie on a medium bunch of chartreuse bucktail the same length as the syn hair.

Step 9: Top the wing with 50 or so strands of light blue Crystal Flash. 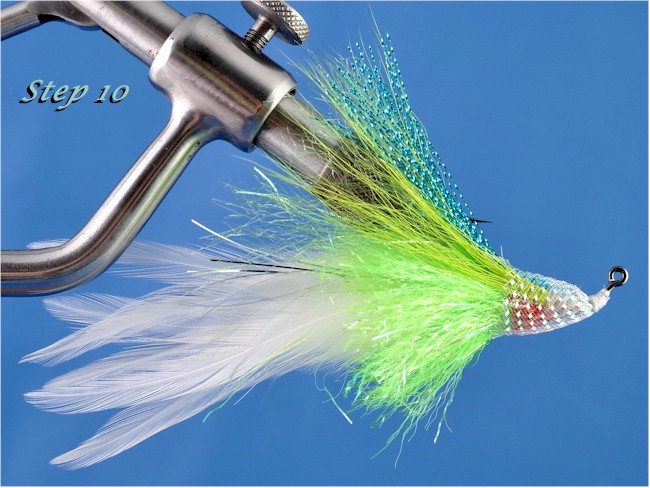 Step 10: Push a piece of large Diamond Braid over the head so it just covers the Cactus Chenille, tie of the braid and glue. 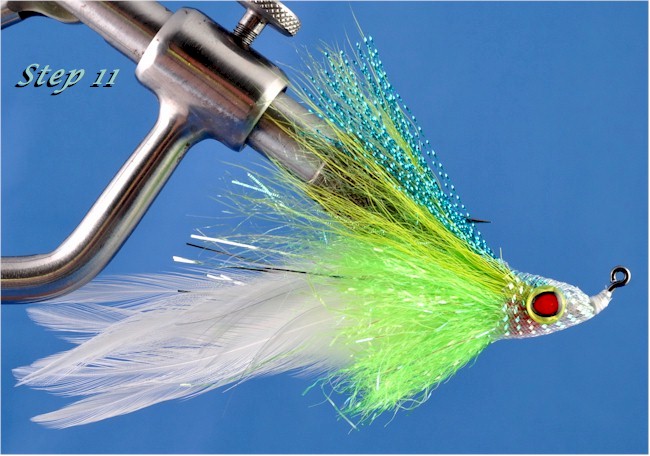 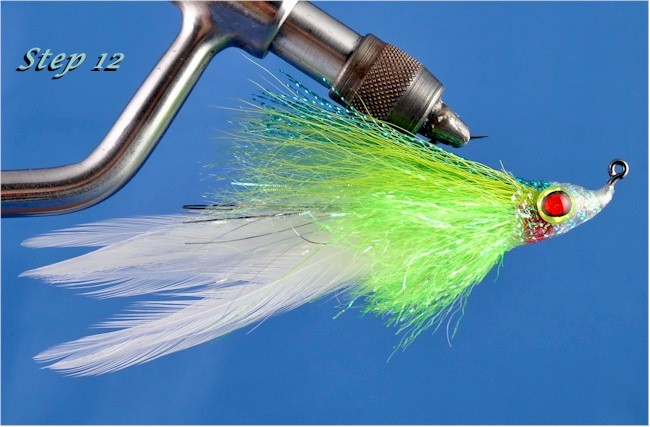 Step 12: Coat the Diamond Braid and eyes with 5-minute epoxy or your favorite head coating.  I still prefer epoxy over the UV cure coatings. Be sure to place the fly on the rotator perpendicular and not in line so you’ll get a flatter head rather than a round one. 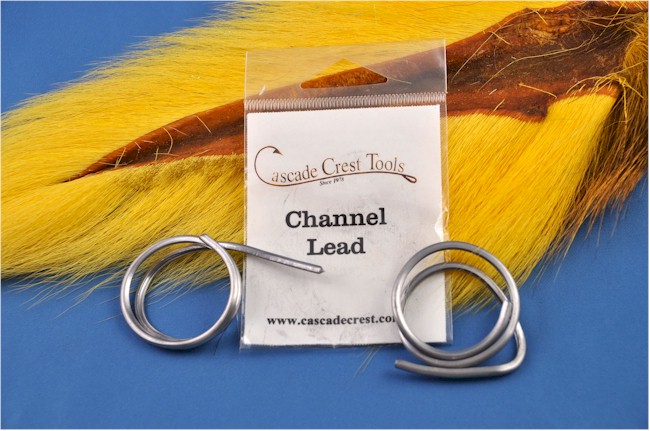 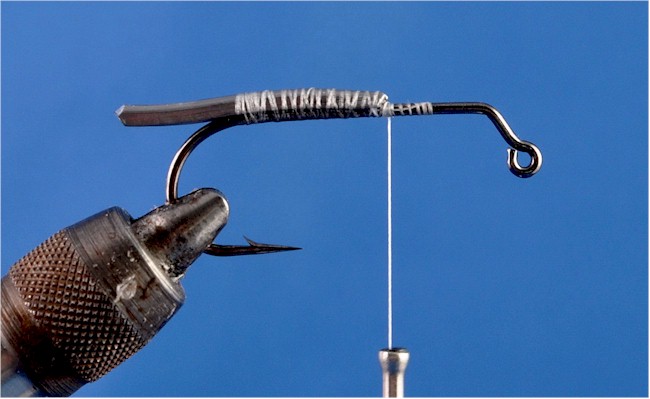