What Mark Cowin, Natural Resources Secretary John Laird, DFG Director Chuck Bonham and other state officials fail to mention in this and other press releases is the biggest water news of 2011: the record amount of water exported from the Sacramento-San Joaquin River Delta and the record high number of fish killed in the “predatory” Delta pumps. 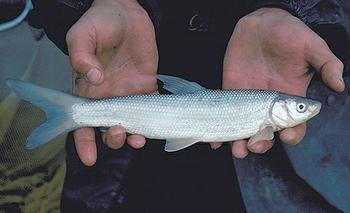 The California Department of Water Resources (DWR) announced on December 28 that it will conduct the first snow survey of the winter in the Sierra Nevada on January 3, 2012.

The announcement comes after an infamous year when the Brown and Obama administrations exported record amounts of water to subsidized agribusiness and southern California water agencies, killed millions of Sacramento splittail and other fish in the Delta pumps and fast tracked a controversial plan to build an environmentally destructive peripheral canal or tunnel.

Department staff plan to conduct a manual survey at 11 a.m. off Highway 50 near Echo Summit, according to a news release from DWR. This and other manual and electronic surveys up and down the state will determine the amount of water in the early winter snowpack. (http://aquafornia.com/archives/59458#more-59458)

Despite the low early readings, DWR announced the snowpack and its water content can be expected to increase through the winter months to April 1, when melting snow begins flowing into streams and reservoirs. DWR and cooperating agencies conduct manual snow surveys around the first of the month from January to May.

“Thanks to good reservoir storage left over from last winter’s storms, we anticipate an adequate water supply next summer,” said DWR Director Mark Cowin. “Our initial estimate is that we’ll be able to deliver 60 percent of the slightly more than 4 million acre-feet of water requested from the State Water Project, and we hope to increase the percentage as winter storms develop.”

“As winter took hold, a near-record snowpack and heavy rains sweeping the state resulted in deliveries of 80 percent of requests in 2011,” DWR continued. “The final allocation was 50 percent in 2010, 40 percent in 2009, 35 percent in 2008, and 60 percent in 2007. The last 100 percent allocation – difficult to achieve even in wet years because of Delta pumping restrictions to protect threatened and endangered fish – was in 2006.”

What Mark Cowin, Natural Resources Secretary John Laird, DFG Director Chuck Bonham and other state officials fail to mention in this and other press releases is the biggest water news of 2011: the record amount of water exported from the Sacramento-San Joaquin River Delta and the record high number of fish killed in the “predatory” Delta pumps.

“One of the reasons for the record-setting pumping is that much of the water this year went to refill the underground Kern Water Bank, largely controlled by billionaire farmer Stewart Resnick, and to the smaller Diamond Valley reservoir, which serves Southern California,” according to Mike Taugher of the Contra Costa Times. (http://www.mercurynews.com/breaking-news/ci_19014459)

“Southern California’s water wholesaler is offering up cut-rate surplus supplies for the first time since 2007, but few local providers can buy in because they are short on storage space,” according to an article by Janet Zimmerman in the Riverside Press-Enterprise on July 10. (http://www.pe.com/localnews/stories/PE_News_Local_D_surplus11.3abcf4c.html)

The record pumping from the Delta – used to fill the Stewart Resnick-controlled Kern Water Bank and southern California reservoirs – resulted in a huge, unprecedented fish kill at the Delta pumps in 2011. Agency staff “salvaged” a total of 11,158,025 fish in the Delta water pumping facilities between January 1 and September 7, 2011 alone.

A horrific 8,985,009 Sacramento splittail, the largest number ever recorded, were salvaged during this period, according to DFG data. The previous record salvage number for the splittail, a native minnow found only in the Sacramento-San Joaquin River system, was 5.5 million in 2006.

The fish “salvaged” at the “death pumps” of the state and federal water projects also include hundreds of thousands of threadfin shad, striped bass, American shad, white catfish and other species. DFG data reveals that 742,850 threadfin shad, 514,921 American shad, 496,601 striped bass and 100,373 white catfish were “salvaged” between January 1 and September 7 of this year.

While no comprehensive studies have been conducted on how many of the salvaged fish survive, fish advocates believe that the majority of many species perish during and after the salvage process.

Although the salvage counts are certainly alarming, the overall loss of fish in and around the State Water Project and Central Valley Project facilities is believed to be much greater than the salvage counts. The actual loss could be 5 to 10 times the salvage numbers, according to “A Review of Delta Fish Population Losses from Pumping Operations in the Sacramento-San Joaquin River Delta,” prepared by Larry Walker Associates in January 2010 for the Sacramento Regional County Sanitation District (http://www.srcsd.com/pdf/dd/fishlosses.pdf).

The reason for the massive, unprecedented fish kill in the Delta pumps was the record amount of water exported out of the Delta this year.

Another fact that you won’t find in any state or federal agency press releases is the alarming revelation that an employee of the Westlands Water District is currently working “on loan” for the Department of Water Resources (DWR) on the Bay Delta Conservation Plan (BDCP), the plan initiated by state and federal water contractors to allow them to build a peripheral canal or tunnel in the Sacramento-San Joaquin River Delta.

The Brown and Obama adminstrations are forging ahead with the peripheral canal plan to facilitate the export of more northern California water to southern California and corporate agribusiness on the west side of the San Joaquin Valley. Delta residents, fishermen, Indian Tribes, family farmers, conservationists and environmental justice advocates are opposing the construction of the canal because it would likely result in the extinction of Central Valley steelhead, Sacramento River chinook salmon, Delta smelt, longfin smelt, green sturgeon and southern resident killer whales (orcas).

Documents obtained by this reporter under the California Public Records Act reveal that Susan Ramos, Deputy General Manager of the Westlands Water District, was hired in an inter-jurisdictional personal exchange agreement between the Department of Water Resources and Westlands Water District from November 15, 2009 through December 31, 2010. (http://blogs.alternet.org/danbacher/2011/12/14/westlands-official-working-for-dwr-on-delta-plan)

The good news is that most of the state’s major reservoirs are above normal storage for the date, in spite of record water exports to corporate agribusiness and southern California.

Lake Oroville in Butte County, the State Water Project’s principal storage reservoir, is at 115 percent of average for the date (72 percent of its 3.5 million acre-foot capacity).

Lake Shasta north of Redding, the federal Central Valley Project’s (CVP) largest reservoir with a capacity of 4.5 million acre-feet, is 108 percent of average for the date (68 percent of capacity).

San Luis Reservoir in Merced County, an important storage reservoir south of the Delta, is at 139 percent of average for the date (94 percent of capacity).

San Luis, with a capacity of 2,027,840 acre-feet, is a critically important source of water for both the SWP and the CVP when pumping from the Delta is restricted or interrupted.

Statewide snowpack readings are available on the Internet at:
http://cdec.water.ca.gov/cgi-progs/snow/DLYSWEQ

Electronic reservoir level readings may be found at:
http://cdec.water.ca.gov/cdecapp/resapp/getResGraphsMain.action

This entry was posted in Conservation, Dan Bacher. Bookmark the permalink.