Kiritimati, also known as Christmas Island, is one of the most remote places on earth, lying in the middle of the Pacific Ocean. With many distinctive species of fish in the surrounding oceans, Christmas Island attracts anglers from all over the world.

Global Rescue member John Bates of Billings, Montana, traveled to Kiritimati on a much-anticipated fishing trip over the summer. Late one evening, he fell seriously ill at his lodge. His symptoms included weakness, high fever, an inability to walk, and difficulty breathing.

Dr. Gordon Cox, a retired pathologist traveling with Mr. Bates, contacted Global Rescue for help when Mr. Bates was unable to do so. Because of its remote location, Kiritimati presents challenging communication issues. Communication on the island is very poor, with the only access provided via the island’s “communications center,” and even then in limited fashion.

The Global Rescue medical team determined that Mr. Bates’ complex medical history meant that he was particularly sensitive to the symptoms he was experiencing, with a life-threatening risk of sepsis, in a remote location where proper care was unavailable.  It was clear that Mr. Bates’ condition necessitated evacuation from the island to receive needed care.

With no time to waste in obtaining the best care for Mr. Bates, Global Rescue physicians recommended an immediate medical evacuation from Christmas Island to a hospital in Honolulu, Hawaii, for medical treatment.  It was determined that this was the closest, best hospital for treatment under the circumstances.

Following a brief hospitalization where he received stabilizing care, Mr. Bates was able to travel home to Montana.  He made it home safe and sound, praising the efficiency of the medevac team and thanking Global Rescue for its role in his medical care.

Mr. Bates had the following to say about his ordeal:

“Second, I’d suggest that someone in your group investigate the communications technology available at any destination.  When in doubt, have a satellite phone, acquired specifically for the purpose of the trip, to provide a clear line of communication in case of emergency.”

“It was Dr. Cox, in fact, who had suggested Global Rescue to me.  I looked at the information and thought maybe I should join up.  I’m very grateful that I did.  I’m here, and I’ve got all of my limbs.  I’m glad I had you guys.  Having seen what you can do, I’m a believer.”

“Global Rescue’s follow-up system certainly makes you feel you’re being tended to.  It becomes apparent that they’re on top of things, and that’s important.” 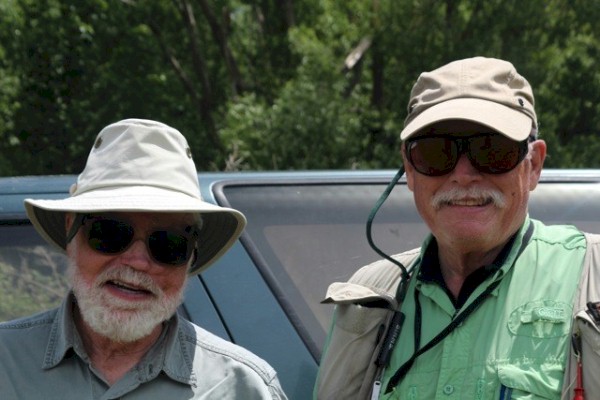 This entry was posted in Industry News, Uncategorized. Bookmark the permalink.